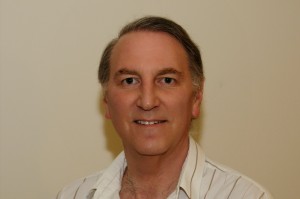 is a nationally board certified acupuncturist, and has received a Diplomate in Acupuncture, and Diplomate in Chinese Herbology. Since 1997, Steve has helped many patients with pain, chronic health and anxiety problems, lead a healthy, pain free, and balanced life.
Steve has always been interested in Asian culture. He studied several forms of martial arts as a teenager, and in the mid 1970s, read his first book on acupuncture, “Acupuncture, The Ancient Chinese Art of Healing and How it Works Scientifically” by Felix Mann, MD.

In 1994, Steve entered the Pacific College of Oriental Medicine. He completing the four year program in three years and was a member of the third graduating class. Steve went on to run several Acupuncture clinics in the New York area, seeing thousands of patients and having as many as eleven other Acupuncturists working for him. Steve moved to New Jersey in 2001 and joined Washington Wellness Center in 2005 where he now practices full time.

Steve continues his training by attending several seminars each year. He uses many techniques in his practice to treat his patients including TCM, 5 Element, Chinese Herbs, Zheng Gu Tui Na, Auricular, Cold Laser, Cupping, and Meridian Testing and Balancing.

Steve is an in-network provider for many insurance companies including Horizon Blue Cross/Blue Shield, Aetna, Amerihealth, Cigna and United Healthcare.